Ficheall Bunscoile Chorcaí was founded in September 2017 by five primary principals and teachers who witnessed first hand the impact chess in school was having on students in their schools and sought to provide an annual fun chess tournament as a focal point for chess during the school year.

In September 2018 the name of the initiative was changed to Ficheall.ie as teachers and schools outside of Cork declared an interest. A website of the same name was established with many chess teaching resources available to act as the central point of communication.

In November 2018 association structure was formally adopted with chairperson, secretary and executive committee positions appointed. In May 2020, Ficheall registered as a company limited by guarantee (non-profit organisation) with the executive committee becoming the board of directors.

With the support of local education centres, the initiative has spread nationally. In Ficheall’s first three years over twenty thousand chess games were played at 54 chess tournaments around Ireland. 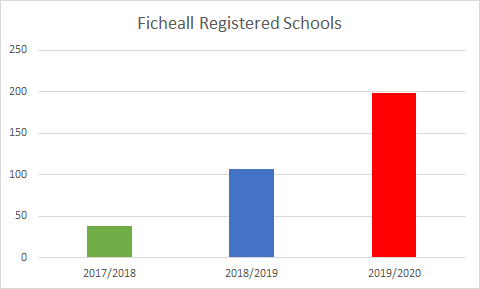 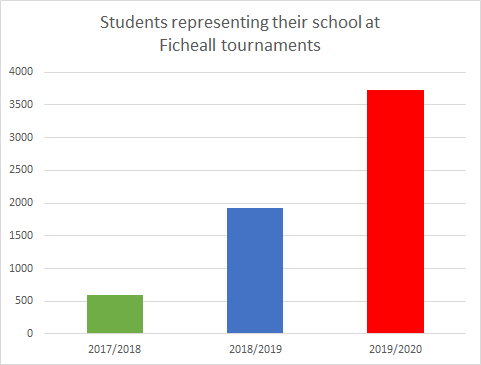 In November 2019, Ficheall secretary Liam Murray spoke with Dr Seán Delaney of the Inside Education podcast about chess in primary schools and all things Ficheall.ie.

This website uses cookies to improve your experience while you navigate through the website. Out of these, the cookies that are categorized as necessary are stored on your browser as they are essential for the working of basic functionalities of the website. We also use third-party cookies that help us analyze and understand how you use this website. These cookies will be stored in your browser only with your consent. You also have the option to opt-out of these cookies. But opting out of some of these cookies may affect your browsing experience.
Necessary Always Enabled
Necessary cookies are absolutely essential for the website to function properly. These cookies ensure basic functionalities and security features of the website, anonymously.
Functional
Functional cookies help to perform certain functionalities like sharing the content of the website on social media platforms, collect feedbacks, and other third-party features.
Performance
Performance cookies are used to understand and analyze the key performance indexes of the website which helps in delivering a better user experience for the visitors.
Analytics
Analytical cookies are used to understand how visitors interact with the website. These cookies help provide information on metrics the number of visitors, bounce rate, traffic source, etc.
Advertisement
Advertisement cookies are used to provide visitors with relevant ads and marketing campaigns. These cookies track visitors across websites and collect information to provide customized ads.
Others
Other uncategorized cookies are those that are being analyzed and have not been classified into a category as yet.
SAVE & ACCEPT